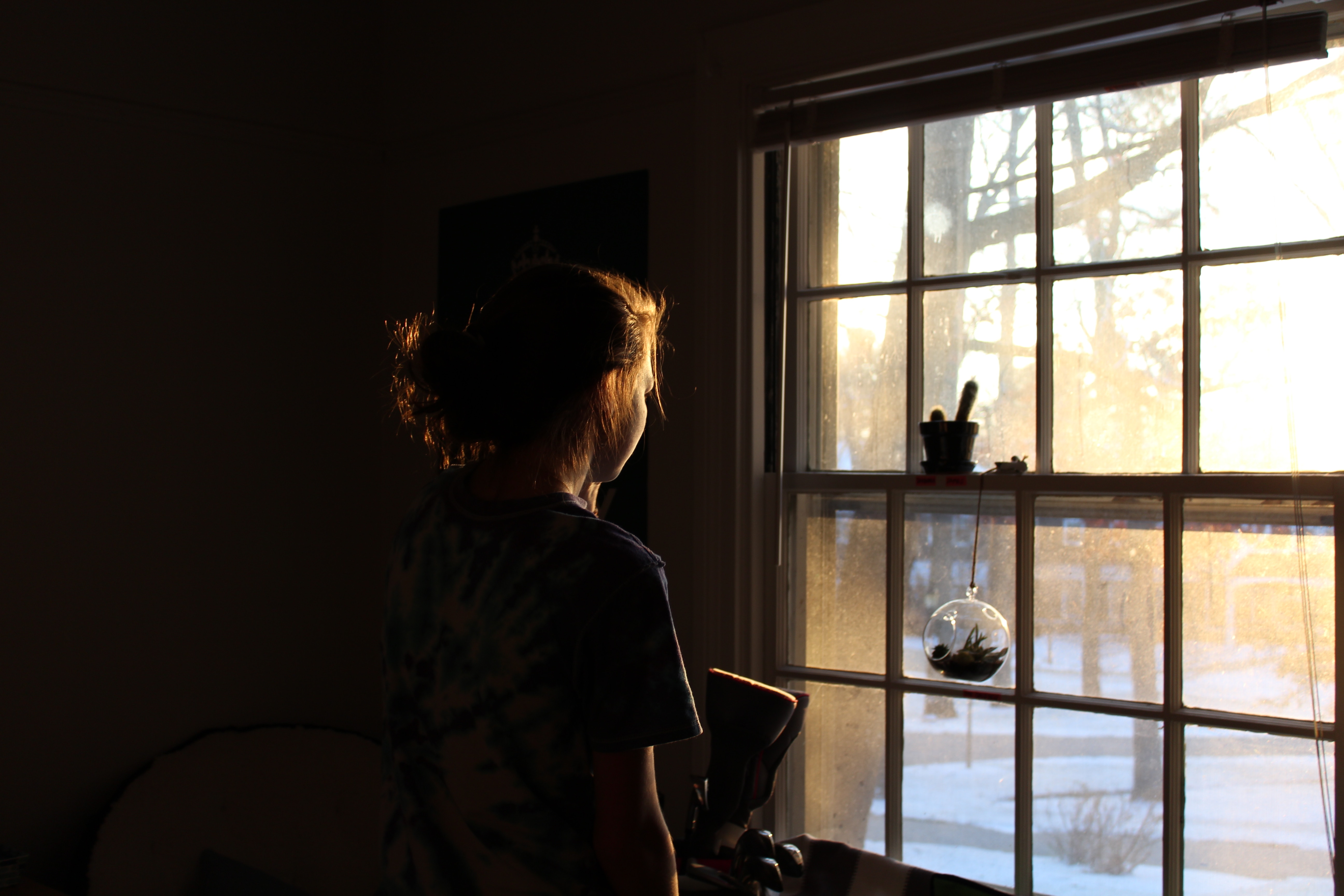 Photo by Kate Williams on Unsplash

In a classic stand-up routine from an old Seinfeld episode, Jerry complains about never getting enough sleep because he’s “Night Guy,” who likes to stay up late and party.  Getting up for work in the morning, hung over and with too few hours’ sleep, is “Morning Guy’s problem.”  Morning Guy hates Night Guy because he’s always exhausted, but there’s nothing he can do about it.

In a similar vein, we can think of debt as having two actors:  the borrower (Night Guy), who receives and spends the money, and the repayer (Morning Guy), who’s saddled with making the loan payments, often for years or even decades.  All too often we make this kind of mental separation when it comes to taking on debt:  It’s easy to succumb to the lure of easily available credit, but when it comes to the harsh reality of loan repayments, Morning Guy often faces a rude awakening.

Debt financing, nevertheless, is practically as old as civilization itself.  When money is borrowed wisely, it can be invested to generate income and to increase net worth, whether by a small business entrepreneur or by a student attending college. When money is borrowed unwisely, the debt payments can crowd out other needs and lead to impoverishment, foreclosure, or even bankruptcy.  Knowing the difference—in advance—is key.

Debt Comes in Many Flavors

Debt takes many forms.  Some debts are secured by an asset, known as collateral, such as your car (for auto loans) or your home (for mortgages and home equity lines of credit).  If the borrower doesn’t repay the debt, the lender can repossess the car or foreclose on the home. Other debts are unsecured, such as credit card balances and student or personal loans. Unsecured debts, since they have no collateral, nearly always incur higher rates of interest.

Some debts have fixed terms and payments, so that the debt is repaid (amortized) over a specific number of months or years.  Others represent revolving credit, where the borrower and lender agree on a total amount of available credit but there is no fixed repayment schedule.  Credit cards are a common example.

4 Questions To Ask Yourself Before You Borrow

With any debt, you’ll want to know the basic terms.  For example:  what is the annual percentage rate (APR)?  Is it fixed or variable?  How much will the monthly payments be?  For how long will I be making payments?  Can I pre-pay without penalty?  What fees and other charges will I incur when borrowing?

Beyond the basics, however, it’s smart to consider four bigger-picture financial questions that look to your total wealth and net worth before pulling out your credit card or signing on the proverbial dotted line.

How Much Total Debt Can I Afford?

It’s important to keep the big picture in mind when making any borrowing decision because the total amount of your debt can affect your credit score, your ability to obtain a mortgage or car loan, and a host of other aspects of your financial and personal life.

A common rule of thumb used by mortgage financiers such as Fannie Mae involves your debt-to-income ratio, that is, the percentage of your gross (pre-tax) monthly income that’s devoted to debt payments.  Under this rule, your monthly payments for all debts—including not only mortgage payments but also credit cards, student loans, auto loans, and so forth—generally shouldn’t exceed about 36 percent of your gross monthly income.  Borrowers with higher credit scores can push this ratio to 45 or even 50 percent

Specific to mortgages, the Consumer Financial Protection Bureau sets the maximum debt-to-income ratio for a Qualified Mortgage at 43 percent.

While there are exceptions to these rules, it’s nevertheless important to understand that these ratios represent a kind of risk score for your financial health.  Exceeding them can make your financial position precarious.

Will the loan payments last longer than what I’m buying with them?

A second criterion for determining if taking on a debt is reasonable is whether the loan term is similar to (or less than) the life of the asset you’re acquiring, whether it be a car, a house, or a college education (which increases your human capital).

A 30-year mortgage usually makes sense for a home purchase because the asset life (the house) matches or exceeds the loan term and also because the home often appreciates in value (discussed below).

For student loans, terms of 10 years are standard for federal and many bank loans, but terms of up to 25 or even 30 years are sometimes available.  That often makes sense, even with the additional interest payments that come with an extended loan term, provided the college or graduate school education results in a career that can provide a higher lifetime income stream and increase one’s net worth.

Long-term car loans, on the other hand, may not be a good idea.  Auto loans nationally are currently averaging about 60 months (five years), with some extending out to six or even seven years.  Cars, however, especially new cars, depreciate rapidly.  Unless you’re planning to keep a car for as long as possible, it’s best to finance the car purchase over the shortest possible time period so that depreciation and interest costs are minimized.

Note that Linda could also buy a used SUV instead of a new one.  Buying used not only eliminates the expensive first-year depreciation but also significantly reduces the purchase cost, further minimizing total loan costs.

Will this debt Help to increase my net worth?

Net worth—the difference between your assets and your liabilities—is the basic barometer of your wealth.  In many ways, your net worth represents the sum total of all the financial decisions you’ve ever made in your life to date, consciously or unconsciously.  As David Byrne famously sang in the classic Talking Heads song Once in a Lifetime, “And you may ask yourself, ‘Well…how did I get here?’”

In financial planning, a fundamental goal is to increase net worth over time, whether by increasing income/assets, decreasing debts and other liabilities, or both. Some types of debt, though, such as student, business, or mortgage loans, can actually help to increase your net worth.

For simplicity, we’ve ignored the potential income tax deductibility of mortgage interest, which would further increase your net worth.  Of course, you’ll have also paid property taxes (also deductible within limits) and home maintenance expenses during the year, which would reduce the gain in your net worth.  And in some cases home values can decrease, as we saw during the 2008-2009 financial crisis and its aftermath.  Nevertheless, the example illustrates that some debts can be beneficial by financing investments that increase your net worth.

Do I really need to borrow this money now?

This is the simplest of the four questions, but also the easiest one to avoid asking ourselves, especially when we’re acting like Night Guy.  Sometimes the answer is obvious:  for example, you need a car to drive to work, and you need to borrow to finance the car.  At other times, though, temptation can easily outweigh prudence.  Credit card spending is the most obvious culprit, and can be one of the most insidious.

Credit cards are quick and painless to use.  We get instant gratification from using them; the total debt we acquire is invisible until we receive the next statement; large debts are racked up with small individual purchases; and we can always make the convenient minimum payment, which masks the often sky-high interest rates.  Those currently average around 16 percent but can range up to 22 percent or more. Most Americans don’t pay off the balance each month, so we end up incurring debt and paying those rates.

Studies of consumer behavior consistently show that simply using credit cards causes us to spend more than we would otherwise.  Paying cash instead of using credit cards is one way to slow down this process of impulse buying and incurring debt.  Another is simply waiting 24 hours before clicking on the “buy now” button or making the purchase, which often results in a decision not to buy after all.

Debt is a financial tool that, like many things in life, can be both helpful and harmful.  Until the mid-19th century, people who couldn’t pay their debts were often sent to debtors’ prisons. Modern bankruptcy laws, fortunately, allow people burdened with debt to receive a chance at a fresh start.  In any event, the risks of debt and the wisdom of using it wisely have been with us since the first debt was incurred in ancient times.

As Benjamin Franklin wrote in Poor Richard’s Almanack, “in buying Goods, ‘tis best to pay ready Money” because we save on the costs associated with buying on credit.  Similarly, when making purchases of any type, it’s best to avoid needless debt financing, and to be both informed and smart in our use of debt when we do borrow.